Mike over at Windy Hilltops has been recently talking a bit about the excessive selling the media has been doing lately of "Always carry a beacon".

Now, while I agree that if you can access one, they are a good thing to take with you on any trip, I am getting a bit tired of this new "tradition" that has appeared of publically berating people for not having one when 12 months ago they would have been credited with doing everything correct. Not everyone can afford to buy one, not everyone really needs one, and they are not always available for hire.

For example, we have this article in the Dominion Post:

Three Lower Hutt women missing in the Tararua Ranges have been found after spending two extra nights in the bush.

The Palmerston North Rescue helicopter located the 55 year-old woman and her two daughters aged 18 and 21 at 10am at the Island Forks bivouac.

They were airlifted back to Levin where the 18 year-old received medical treatment for a minor knee injury. The women were due back from an overnight tramp to the Waitewaewae Basin on Sunday, but took shelter at the bivouac after the daughter hurt her knee.

The injury and the high level of the river stopped the group from completing the tramp. Search Coordinator Constable Kevin Dalzell said police were notified by the woman's husband late Sunday evening when they did not arrive home.

"While the group had good clothing, shelter, a cellphone, and food, they did not have a personal locator beacon or a mountain radio which are crucial to take when you're out in the bush. There was no cellphone reception where the group was located and they would have had to climb some distance to get reception."

The older woman is an experienced tramper while her two daughters have limited tramping experience, he said. "It was a good call by the women to stay on the track under shelter until they were located."

The search covered a large area from the Waitohu Valley Road, through to Mount Thompson and the West Waitewaewae River, down to the Waitewaewae Hut and back up to High Point Mick.


I'm sorry, but calling a PLB "essential" in situations like this is a bit ludicrous. The women had found shelter, and appear to have been waiting out a drop in river levels before probably attempting to get themselves out. They had left what appears to be substantial information with someone who raised the alarm. The injury was "minor", and it does not sound like it had become a life-or-death situation yet, although they might have started running out of food. (In fact, a later article suggests just that).

In fact, in this situation, the "experienced" tramper (the Mum), was a former Search & Rescue member (according to articles). If she went out for a weekend with no beacon, but was still confident she would be found when something went wrong, then she seems to have done a lot right.

I have seen many situations recently where, yes, carrying and setting off a beacon was a good thing. And similarly situations where the person involved should have carried a beacon or similar - although in that case, the runner did a lot else wrong, like going a different route to intended, keeping going when lost, and taking no other emergency equipment. In fact, he was lucky to find a hut, which gave him knowledge of where he was again so he could get out.

Mark and I sat down and discussed the situation these women found themselves in and we agreed, if we had been in this situation and WERE carrying a beacon, we still most likely would not have set it off until it became VERY obvious we couldn't get ourselves out and / or we were completely out of food. But then I guess I wouldn't particularly be expecting SaR to be out the morning after I became overdue, especially if it was known I would be across a river that might have flooded in the rain we have had - so you then have the debate of "If SaR are likely to be looking for you, do you set the beacon you have off to tell them where you are, or do you opt to NOT set it off in the hopes they realise its not that urgent?"

For anyone who has read any of my back-stories, you'll recall a tramp we did where a beacon was set off for what was probably a similar injury to the one in this story (funnily, in the same river catchment, just much closer to the road). In re-hashing that trip and the situation, Mark and I concluded that if we were now leading it, we would probably not set off the beacon - something that was only done because it was the old 121.5 beacon, whose batteries were 10 years out of date, and the frequency was not being monitored soon, so may as well try - instead relying on the two people we had sent out to the road end to "raise the alarm" and let SaR then decide how they wanted to evacuate our punter - whether they thought they could walk her out, since we were only a couple of hours in from the road end, or if they would send in a helicopter anyway.

Yes, that would have meant a couple of hours extra waiting for the helicopter to arrive, or possibly 4 or more hours for a walk-in party. But (like the three ladies rescued this week), we were not in a life-or-death situation. Unlike the ladies, we had enough members of our party to spare two to walk out together and we didn't have a high river to cross. We had emergency shelter, and it was only soon after lunch on Saturday, so we still had the better part of two days food. We also knew that at least 6 other tramping club members would be coming through our location the next day - these are all things that a PLB cannot transmit to SaR.

With a modern beacon in hand, in the same situation, with the same kind of party, I would not activate it. Simply for the fact I believe that, other than life-or-death situations (where a beacon still might not get you a chopper fast enough) beacons should be used in situations where you cannot rescue yourself, and / or cannot walk out to get help in a reasonable amount of time.
Posted by basketcase at 13:45

Hello. Thanks for the link.

As someone in LandSAR suggested to me, the repetition of "take a PLB" might be partly because that's almost exclusively the message from the Rescue Coordination Centre (which monitors EPIRB activations both tramping and non-tramping... like boating) whenever they're quoted. Here's another example, and now I think wonder if some journalists have just had it pushed at them so much that they'll frame the opinion aspect of their reporting around the presence of a PLB. For a while there was a line being pushed about AdventureSmart, which tends to come from DoC in particular if they're interviewed, which is probably better (imho) because it at least gives a more contextual idea of outdoor safety.

Aside from emergencies, I think I'd activate an EPIRB if I thought there was a reasonable probability that someone was searching. The hardest part would be trying to second-guess whether that's happening. Another reason to activate an EPIRB early might be to catch an available weather window for possible rescuers... if you can't move quickly and don't trust the weather to hold out.

I think another factor that's sometimes considered is that if people are overdue but carrying a PLB, but haven't set it off, then it's less likely they're in danger, so if you're thought to be well-equipped then a search might be held off for a little longer. (Another more morbid possibility is that you're solo and non-responsive.)

I'm not an expert but I'm not *too* surprised that they were out searching the morning after the overdue date. It might have depended on the sort of intention information that was provided. Some people provide an expected-back date, but couple it with a panic date if they suspect they might be held up... and the panic date is when they want a contact to really start worrying about them.

It's a tricky decision, though. I wouldn't really doubt that most people who activate a PLB really think in their heads that it's an emergency at the time they activate it, but lack of experience in such situations seems to show more now that so many people are being influenced into taking them. And then you just see reports like this one (ie. we think we know who they are, but they're not where the PLB was activated, and we think they're fine), which is very diplomatically described. 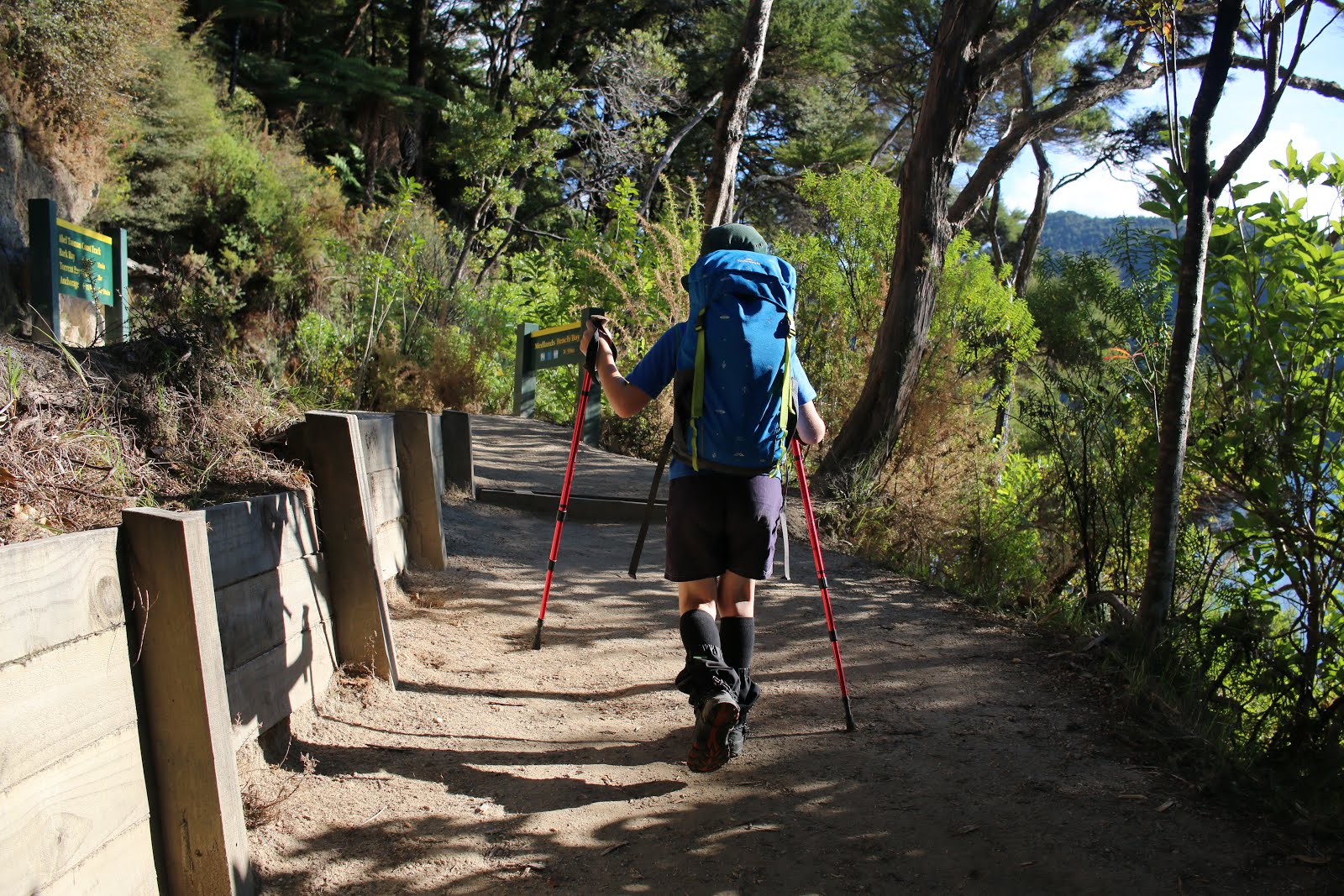 After a drought of half an hour
We had a most refreshing shower
And then most curious thing of all
A gentle rain began to fall!

Next day but one was fairly dry
Save for one deluge from the sky
Which wetted the party to the skin
And then, at last, the rain set in.